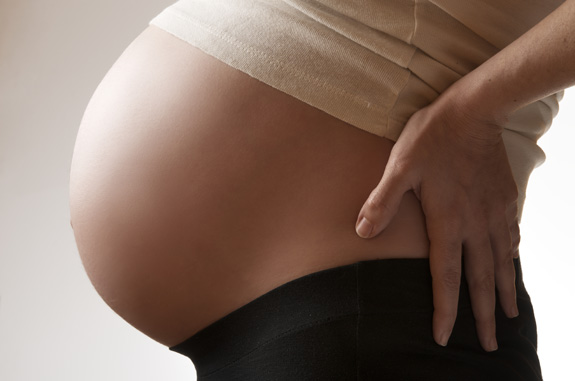 A new study is linking stress during pregnancy to an increased risk of autism-like traits in children. (Shutterstock)

Mothers who experience greater stress during pregnancy appear to be at increased risk of having children with autism-like traits, a new study suggests.

Researchers found a connection between the hardship mothers experienced during pregnancy and the likelihood that their child would have difficulty making friends or exhibit odd speech patterns, clumsiness and other autism-like characteristics.

The findings come from a long-term look at 150 families affected by severe ice storms in Quebec, Canada in January 1998. All of the mothers in the study were pregnant during the ice storm or became pregnant shortly thereafter.

Specifically, researchers found that at age 6½, autism-like traits were most prominent in children whose mothers experienced the greatest hardship during the ice storm — going more days without electricity, for example.

What’s more, the findings reported this month in the journal Psychiatry Research suggest that the effect of a mother’s stress was most pronounced during the first trimester of pregnancy.

“We have found effects of the mothers’ objective hardship from the ice storm (such as the number of days without electricity), or their degree of distress from the storm, on every aspect of child development that we have studied,” said Suzanne King of McGill University, the study’s senior author, who emphasized that the children researched did not have autism, but only varying levels of traits commonly seen in the developmental disorder.

“Our research is showing us how vulnerable the unborn child is to his mother’s environment and her mood,” King said.